Well the sub chassis came back from the galvanisers, as always it didn't run smoothly as they spotted a little remaining paint on the brackets and wouldn't dip it. So a quick blast over to Liverpool armed with blowtorch, grinder and Nitromors and they gave it the ok. 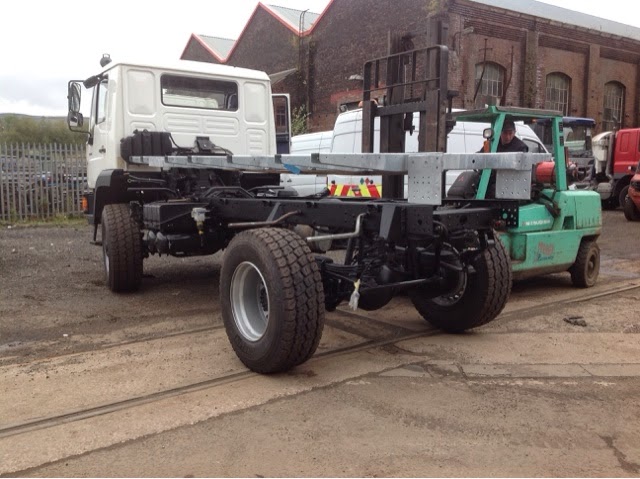 My mate Mog on the fork lift 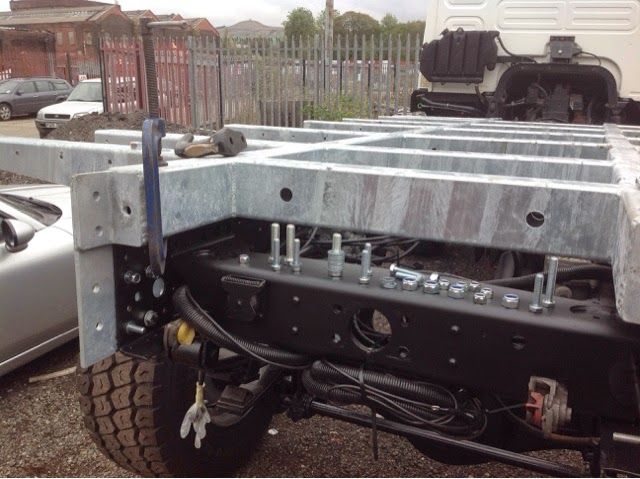 Lots of nuts and bolts to sort 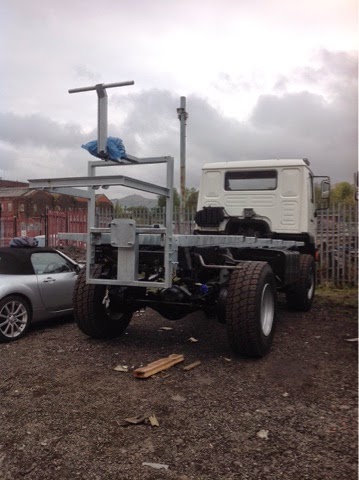 That's the winch under the blue plastic still not happy still with the finish on the brackets so intend to sand them down and paint them.
New springs in "Bright Red". High tensile bolts due in tomorrow 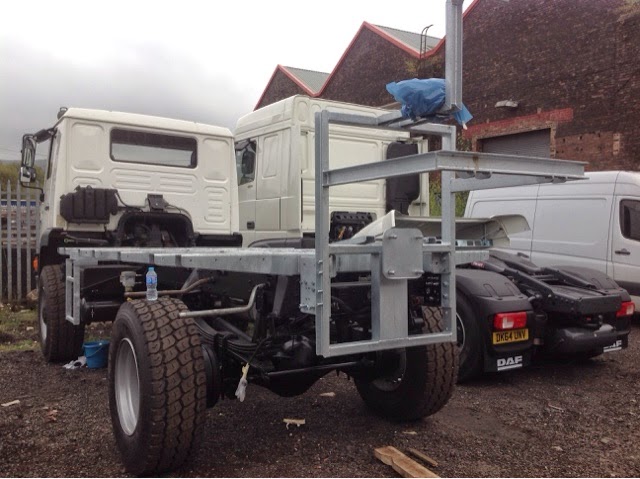 I have made some good progress this week but again have been a little frustrated by small details like re cutting the threads on the wheel holder nuts..( I broke a die that I borrowed from a friend) and still didn't cut the threads. The guys ordered bolts for my new springs that look great but the bolts were too thick 14s instead of 12s and too short 180 instead of 200. Then turns out you can't buy 10.9 12s at 200 so I am having to have them made. 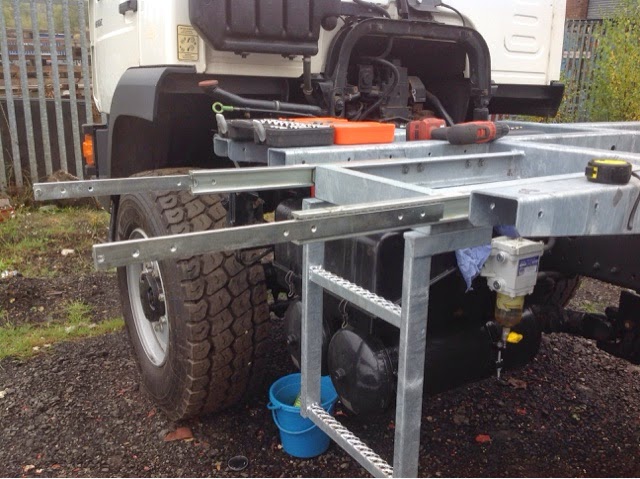 I have re fitted the sliders for my step.  The sliders will support a landing stage and the ladders (little Jumbo) will fix to three sides.
We have now cut the threads on my wheel holder but had to do it by hand using a lathe box die....new one on me 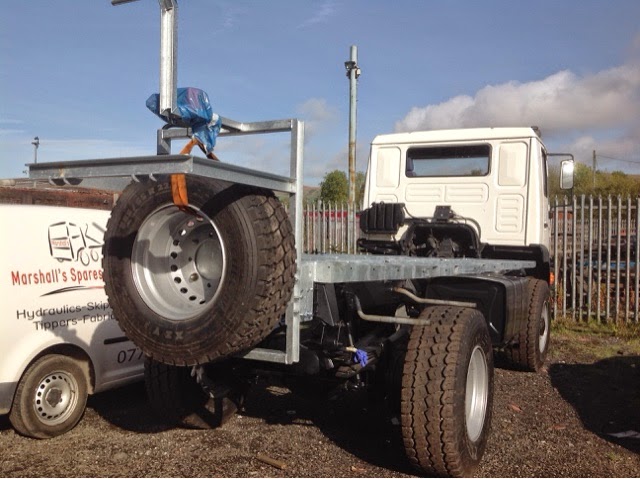 If anyone is having a part galvanised and it has a threaded section I would suggest painting the threads so the galv wont take then remove the paint afterwards by using Nitromors. 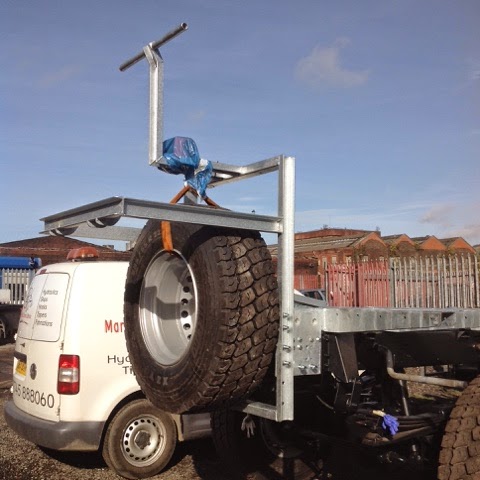 I should sometime next week be in a position to measure for my body panels but that will need a decision on the windows and door. looks like a sleepless weekend
Posted by Phil at 07:20