Well this morning being Sunday I was again woken by the bells.....I know how Quasimodo felt😠 so I began the race for croissants.  No problems this morning and I even got Lynn an almond pastry twist.  After breakfast we decided to head for the old town to find the Sunday market. 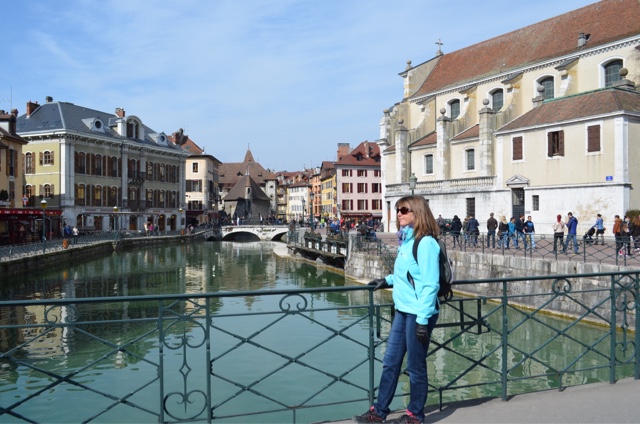 The old town is beautiful and based on a network of canals with colonnaded streets running alongside. 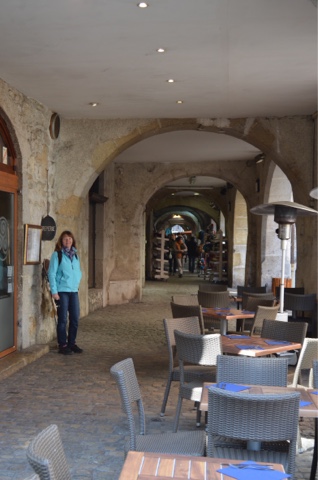 It was mainly built from 1535 when a Protestant Reformation in Geneva resulted in all the Bishops being kicked out and they were given refuge here.  They obviously brought a lot of cash with them as the building program was massive, you never see a thin Bishop though do you! 😀😀 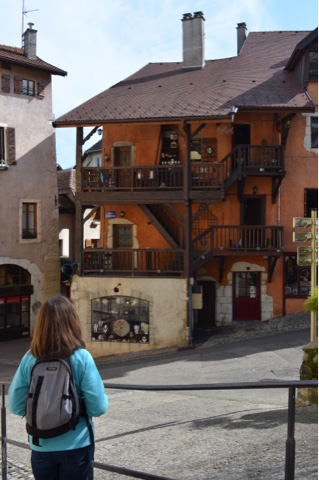 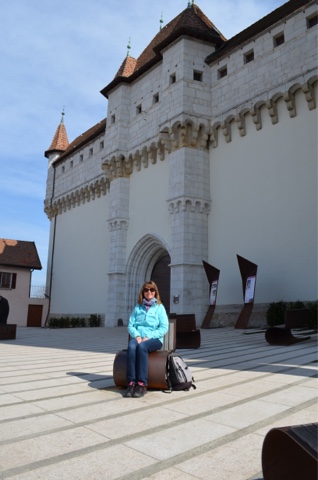 The market was typically French, packed with food, people and delicious aromas.  I think this must be the best boucherie as the queue stretched around the block. 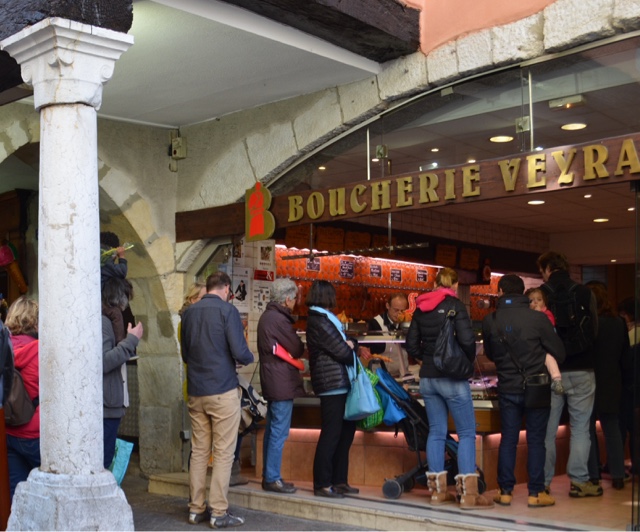 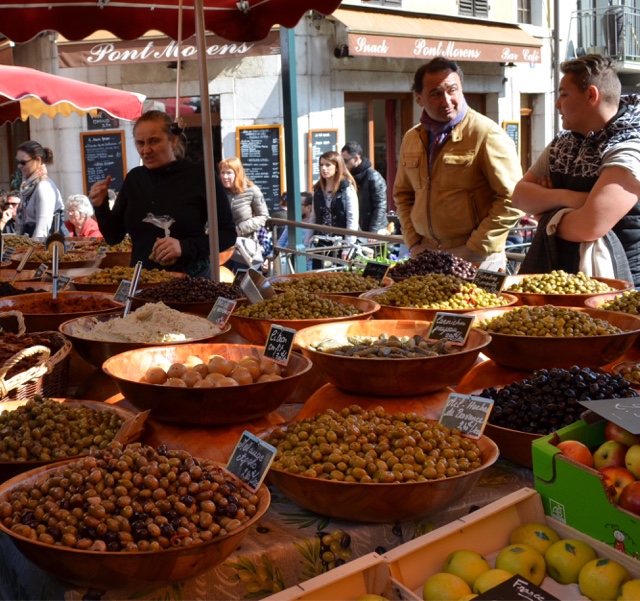 We decided on poulet roti 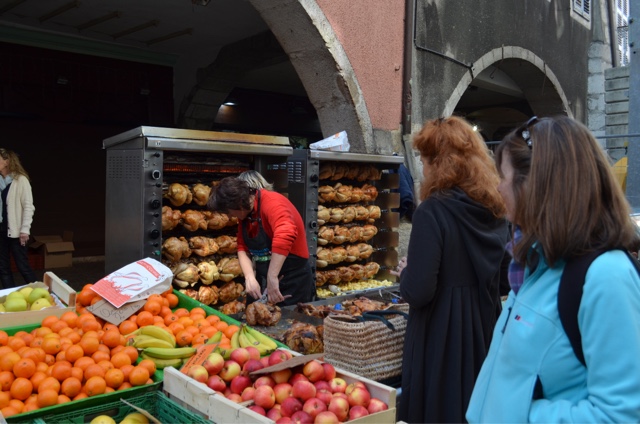 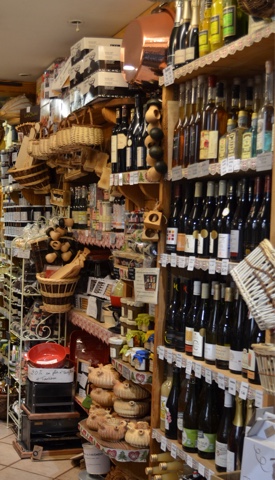 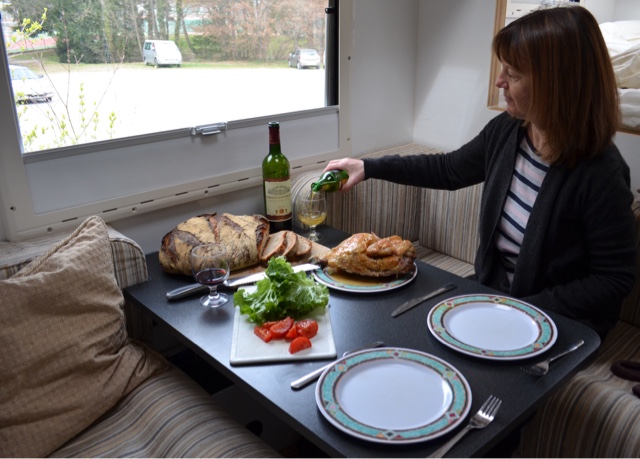 I do like a French Sunday lunch!
Well after a suitable digestif pause we again got the bikes out and set off anti clockwise around the lake.
The lake has a different feel at this end starting in the town then becoming very residential but still with public access to the lake shore. 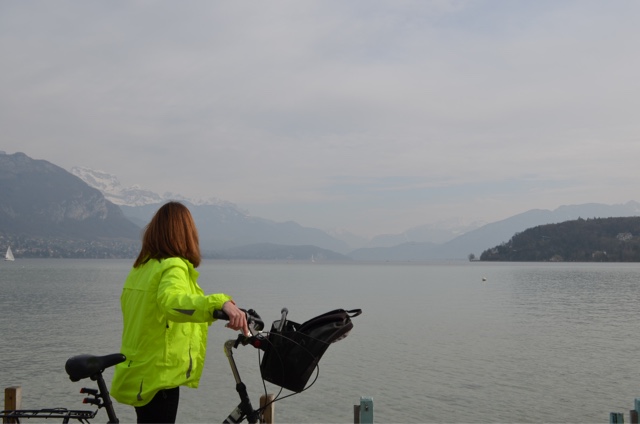 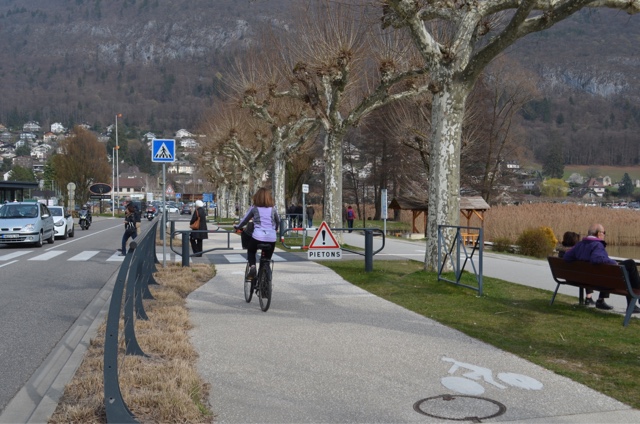 Where there is a lack of land to have a path and bike track they have built out over the lake. 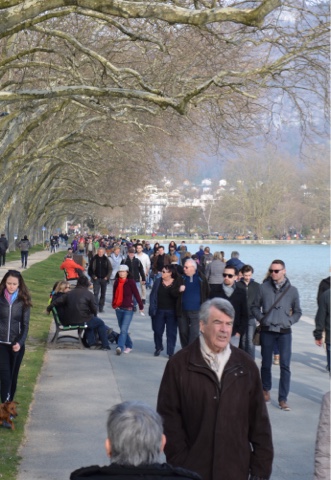 Reminds me of "WALKING DOWN THE MANNY ROAD" sorry you have to be a Wanderers fan to get it, don't you Paul.
In the evening they light up fountains on the lake which look spectacular. 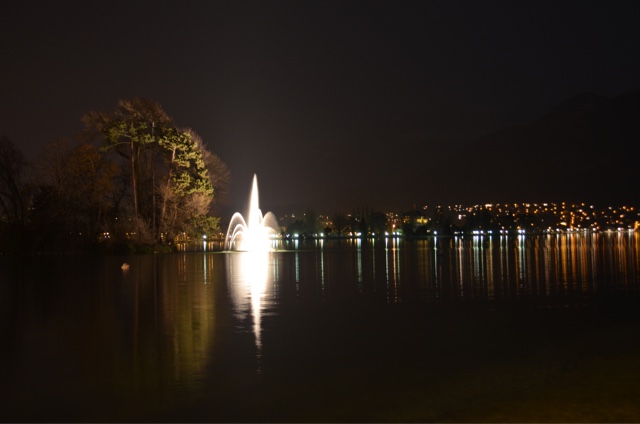 It's just a pity that my photo skills are not up to the job.