I woke up this morning to the sound of a raging fire all around the truck!! 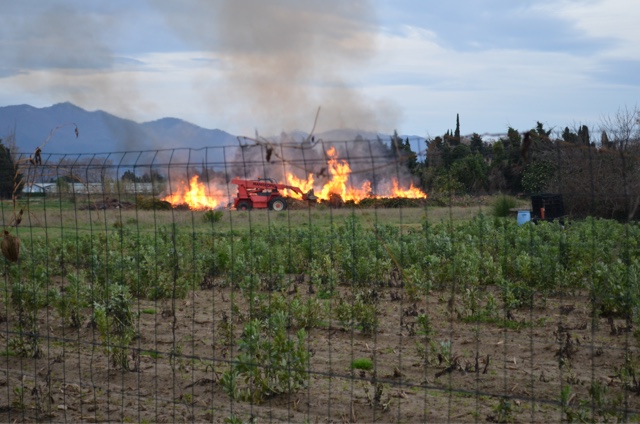 Turned out to be the farmer next door getting rid of some rubbish.
After packing filling and emptying the truck....."you need to know, to know" we headed off down the coast. 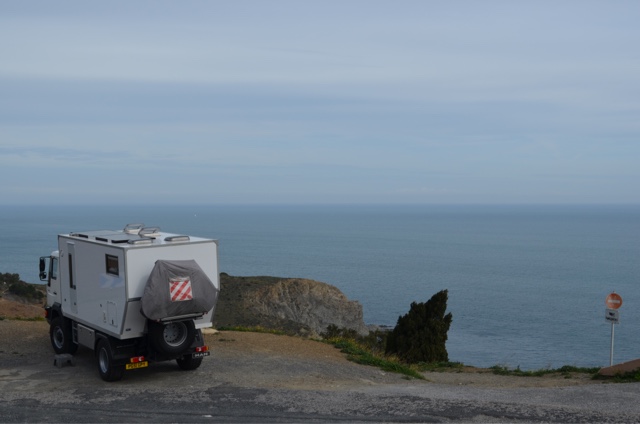 I found another stunning quiet place to stop for breakfast 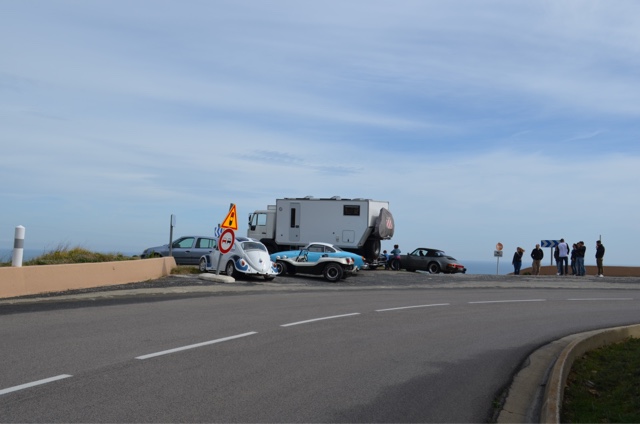 Then this happened
A group of pristine VW and Porches turned up, they were all driving beautiful cars but were more interested in looking at and hearing about my truck. 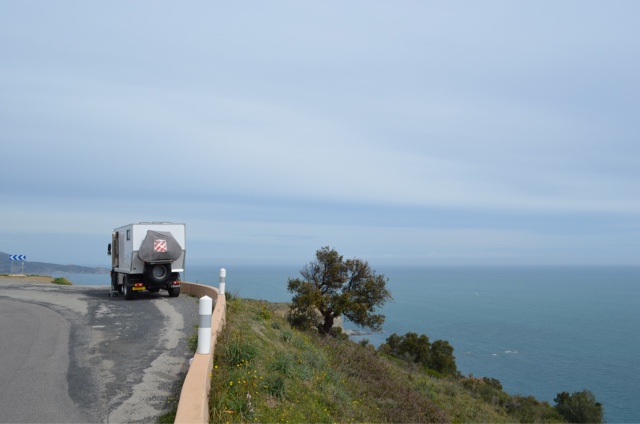 When they had all gone I moved to a slightly better spot and we found out we were in the Sentier Marine Reserve and there was a way marked walk to be done.  We headed off walking towards the headland 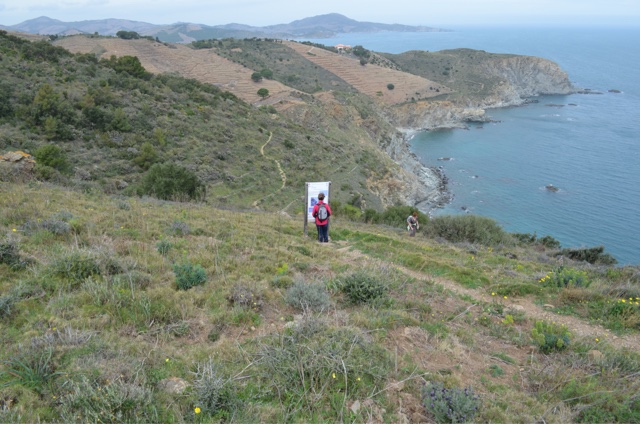 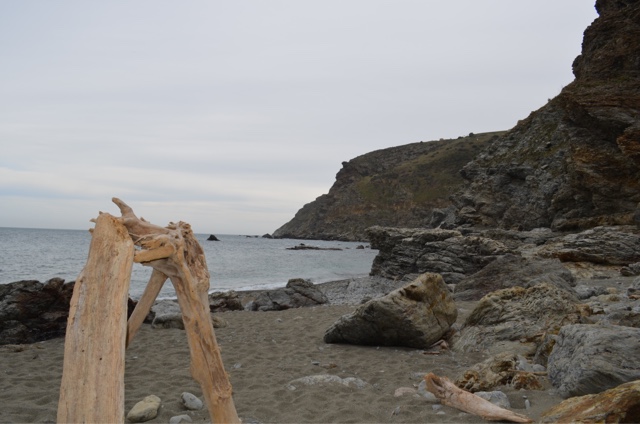 Where again I demonstrated my prowess at big face rock climbing 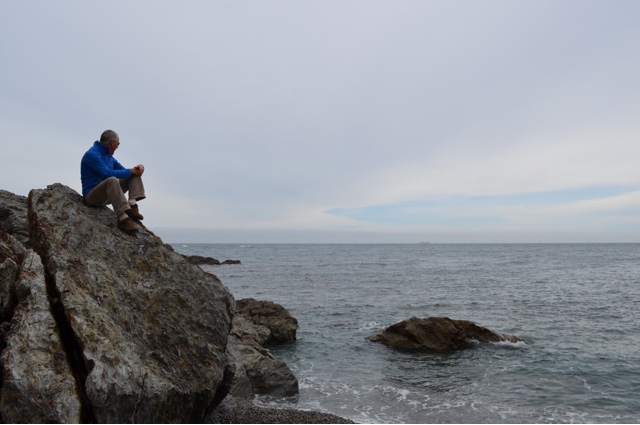 This was the climb back up to the path 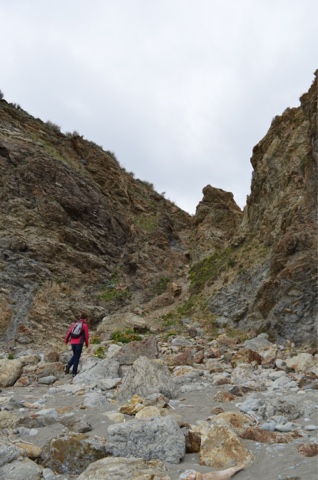 The path then wound its way through the vineyards which run right down to the sea. 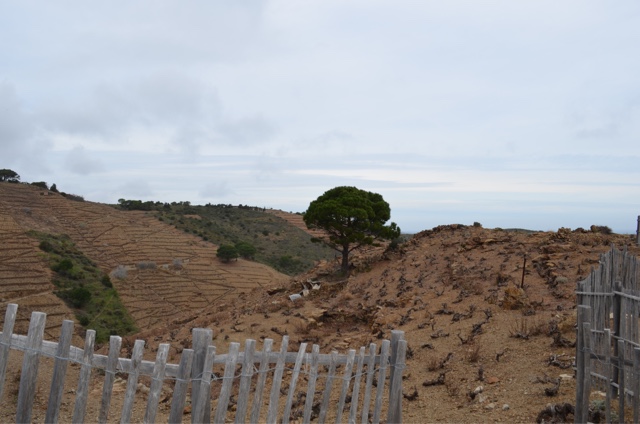 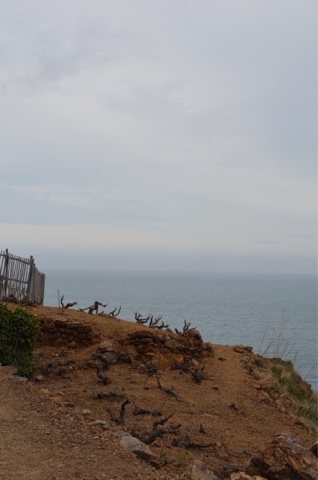 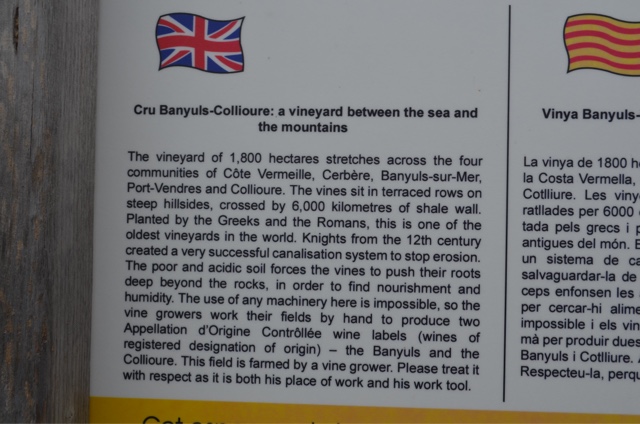 Whilst regarding the dire warnings 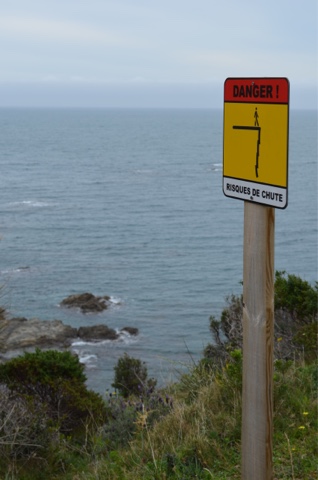 All walked out we returned to the truck to find three young cyclists admiring the beast.  They had cycled all the way from Essen in just 3 weeks. We then followed them around the coast and into Spain.  It's amazing how you just cross a mark in the road and everything instantly changes signs, road behaviour and architecture.
We are now settled in for the night on a street just off La Ramblas in Barcelona.