Well the bell ringers were either in competition or on steroids this morning but either way they got me out of bed.  I think they ring them to start the race to the boulangerie as the first one I went to had run out of croissants.......Sunday morning no croissants, what is happening to France!  Fortunately the one round the corner had some left. 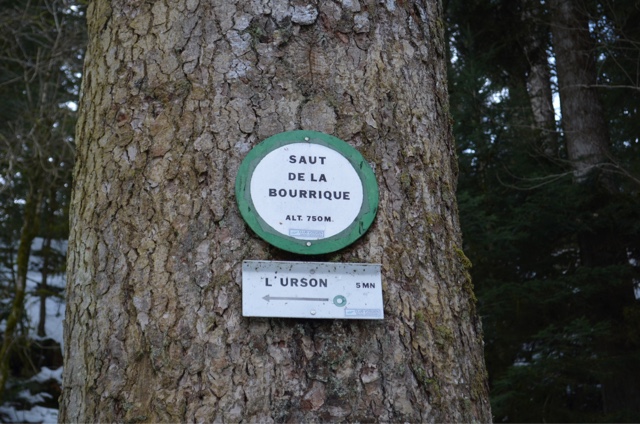 The guide said 2.5 hours......I can believe them just, in summer with a following wind.
We set off to the start point for everything in Gerardmer the quay by the lake.  Once out of town the path got snowier and lots steeper.  To be fair it was very well marked with little red circles on almost every tree 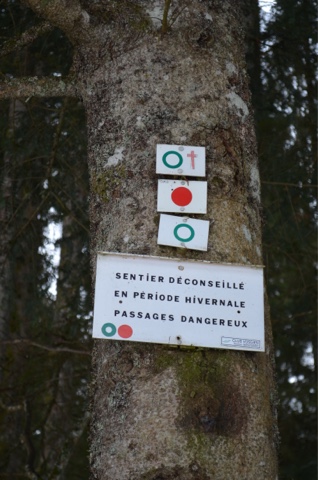 I didn't much like the passages dangereux on this one. 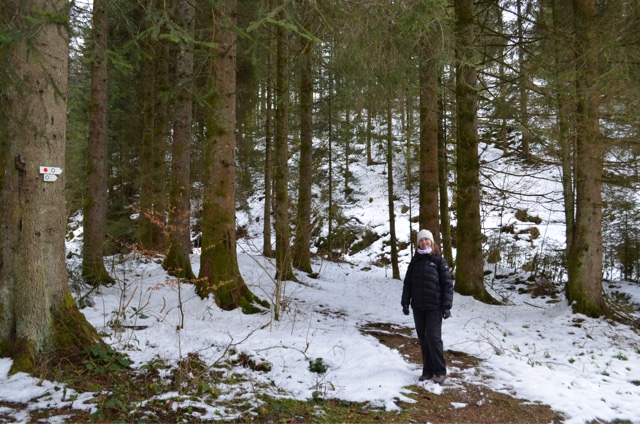 Lots of trees and lots of snow. 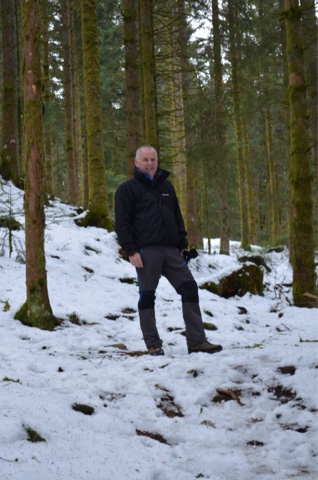 Getting steeper and narrower the higher you go best describes it. 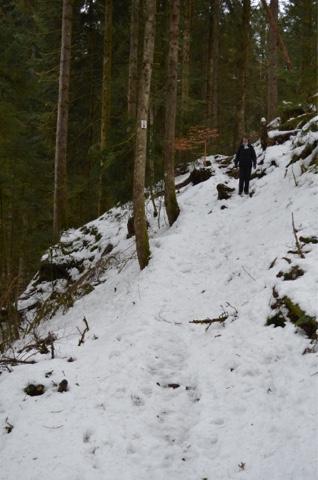 Someone has worked hard up here as the bridges over the stream are all in good condition. 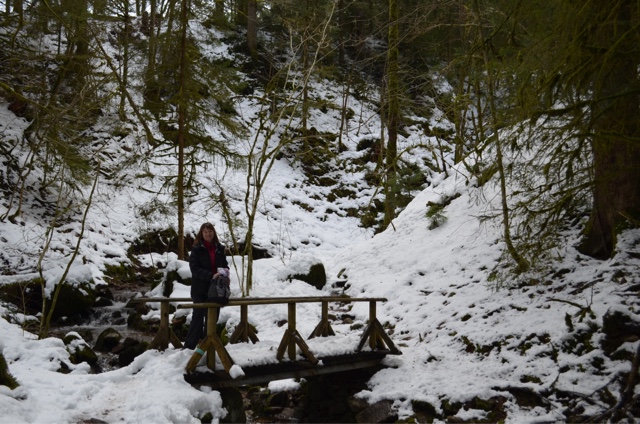 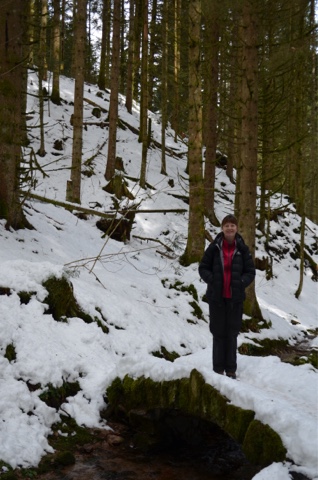 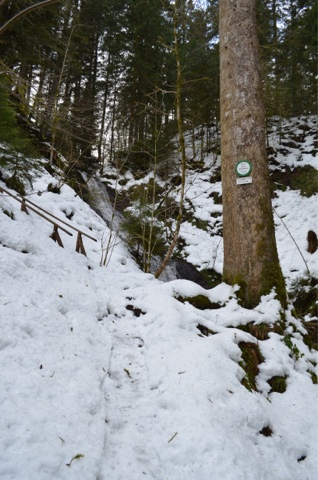 We are going to drive back up to the ski area later this afternoon and spend the night up there (despite the forecast of snow) to gain a march on to the slopes tomorrow.