Day 23 Barcelona, wish I could sing it like Freddy

Oh well up nice and early today for a day sightseeing in Barcelona. We spent the morning walking around and getting our bearings. 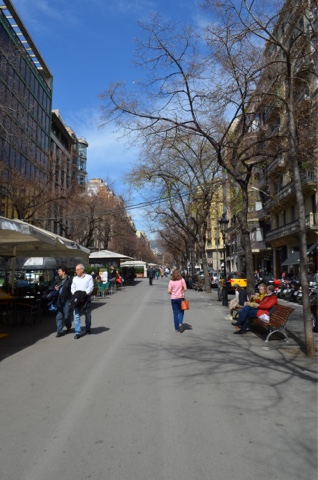 Then up for the main event, fish lunch in the best restaurant in the Boqueria highly recommended by Emma and Matt
First we had to get in.....it was rammed
Lynn decided to get a picture of me at the entrance 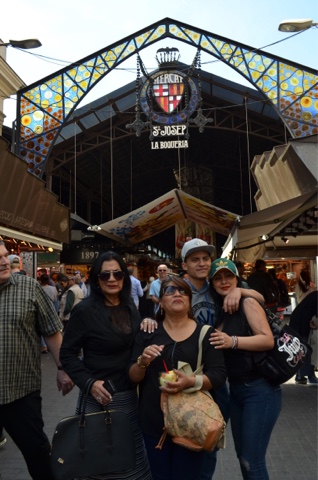 Who they are I have no idea!!
Emma insisted I should start by sampling the meat...so who am I to refuse when it comes to food 😜 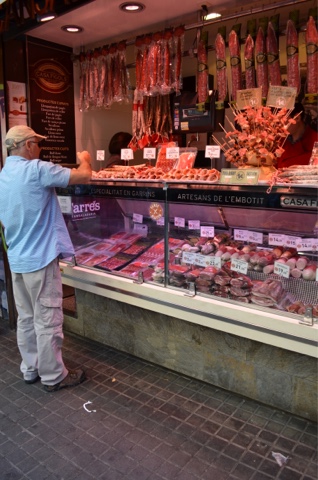 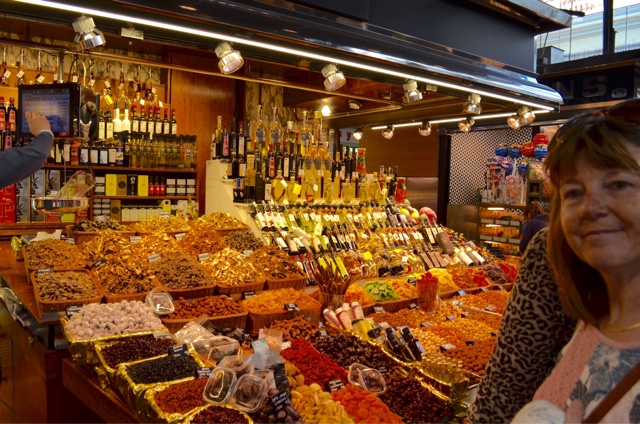 The range of produce in here is only matched by the number of people
After a short wait we managed to get a seat at Barcentral...they don't stock fish but get it direct from the fish market as you order. 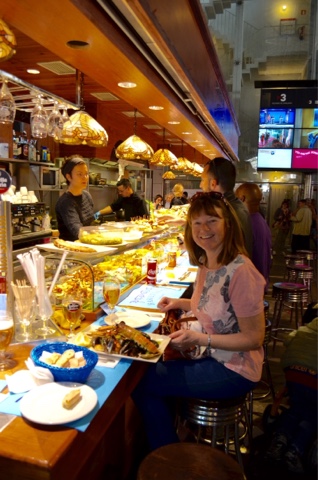 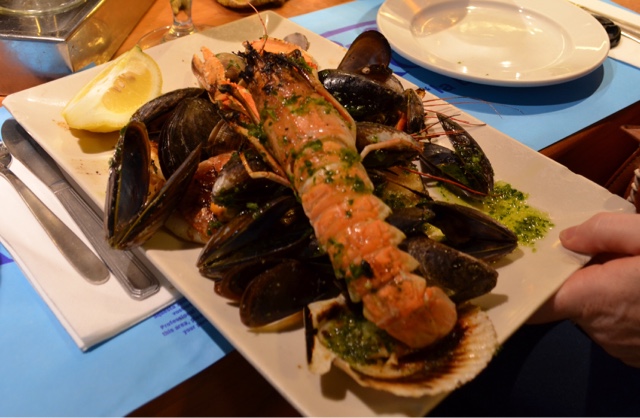 We were sat next to a very interesting American gentleman called Enricas (I hope I spell it correctly) who shared stories about his travels around the world.  So good food, good alcohol and great company and I was in heaven.
We then headed up to the Sagrada Familia which we also wanted to visit, unfortunately all of the tickets had been sold for today.... Something for my next trip to Barcelona. 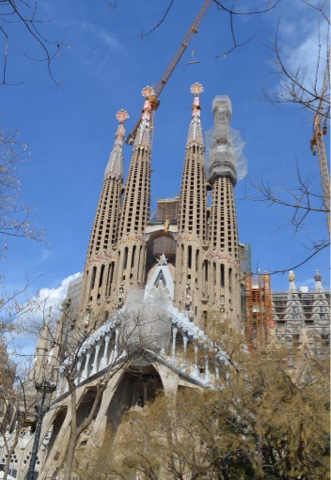 I do have some comments on the place though, which may be made to look foolish when I get inside and find out more.  It's bloody weird!!! This may be an "emperors new clothes moment" I don't see the point of pineapples and grapes being painted in at the top of spires and the whole thing looks misshapen to me.  I can also see why it has taken so long to build when I saw two workmen carrying two bricks each climbing the same ladder one after another. 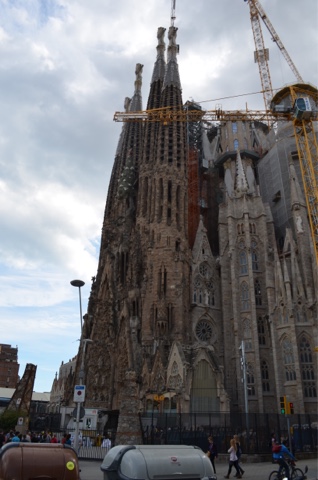 We finished off the day out by searching the old town for a tapas bar that is famous for being the place where I got Ken "my father in law" to eat octopus.  It would be rude to pass such an auspicious place by so we called in for a few beers and some Calamari Romana 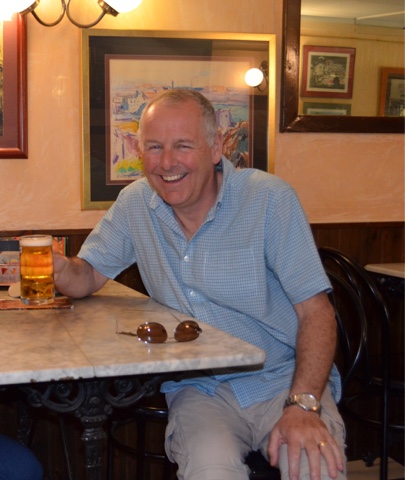 This is the place the locals go to after work.....not an English voice spoken! 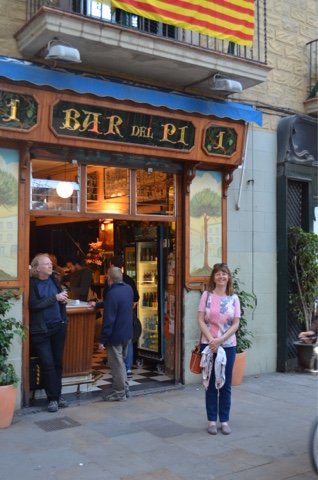 When we got back to the truck a French man and his wife came in for a chat.  They had travelled the world in their land cruiser camper for eight and a half years.  It was both great and inspiring to hear their stories about travelling in Africa, Asia and the Americas.  They are having a pause to spend some time with grandchildren then hope to be on the road again.  As he said "this is life"
Well as I write this I am just finishing the goats cheese with lime and herbs " remember that from day 15 and a nice little appellation controle Cahors......life is good and I bet that little cheese woman in the French Alps wouldn't believe I was eating her cheese in Barcelona.