Well today dawned more Calpe than Cockermouth and it was time for us both to leave.  We did the necessary filling and emptying at the Aire and said our goodbyes, Neil and Pat are Italy bound and we are Morocco bound. Once we were away and had stopped for the required shopping "that's the shopping I didn't know we needed" it was lunch time!

This did however leave time for an interesting afternoon.  Lynn visited Benidorm as a teenager and hadn't returned since so we skirted the coast and drove the Benidorm prom....not something I hope to repeat until I am a teenager again.....ie never!
Further down the coast we stopped at El Campello dropped the bikes and cycled around the harbour and along the prom 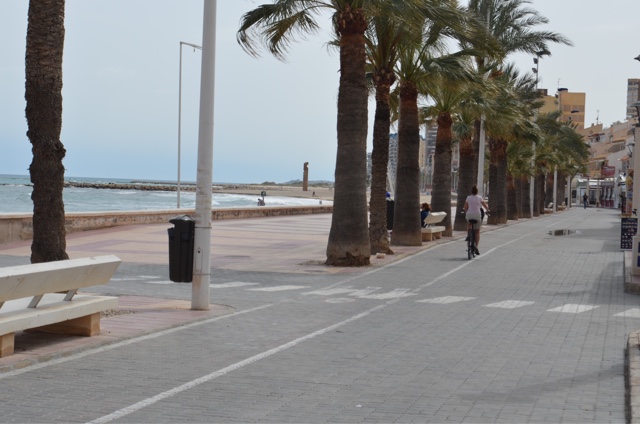 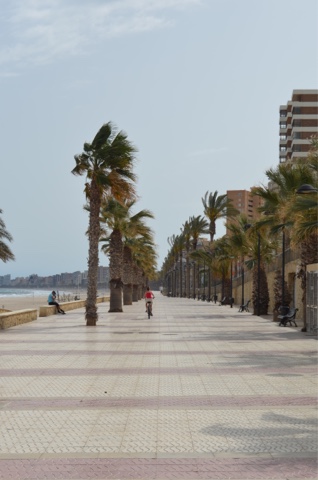 Don't know how far but I guess 12 miles round trip along beautiful beaches on a beautiful prom that 99.9% of England....me included has never heard of.
We finished this excursion off by looking around Iletta dels banyets tower 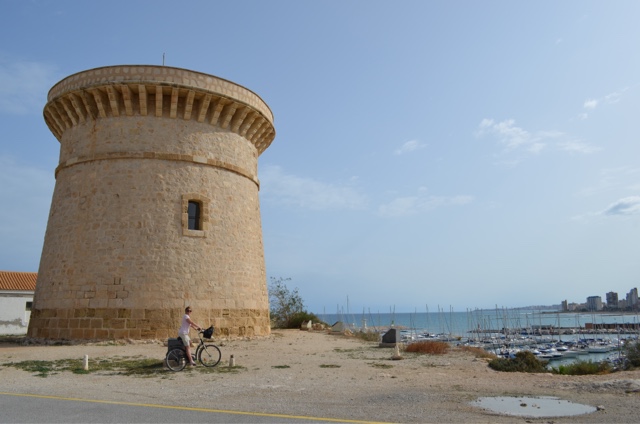 Built in the 16th Century it is one of a series of watchtowers built to defend Valencia from Barbery Pirates, it was a cool stop.
Nearly as cool as our stop tonight 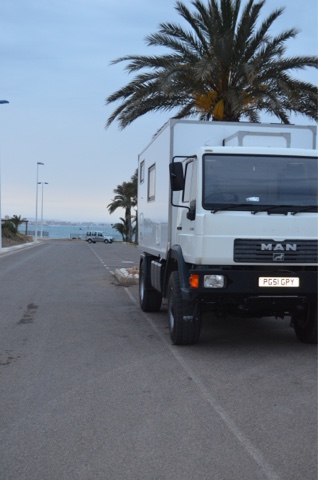