Well after a wonderful night I got up early to explore. 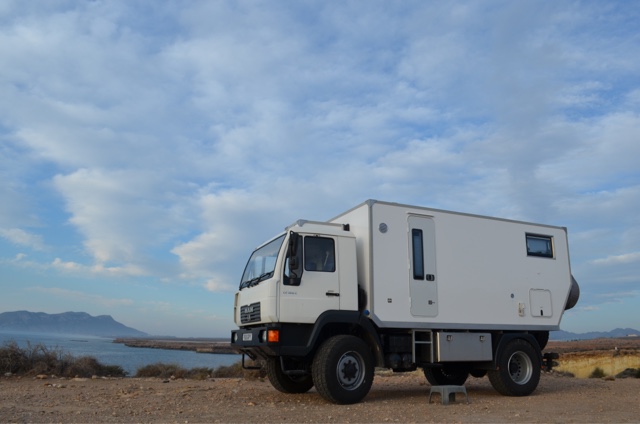 There are a couple of great beaches and also some ancient houses carved into the rocks. 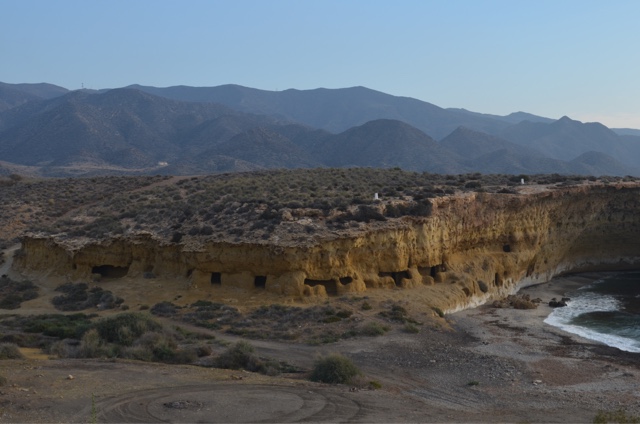 Some of them had chimneys and kitchen areas. 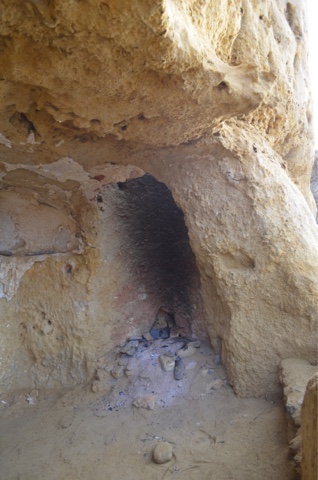 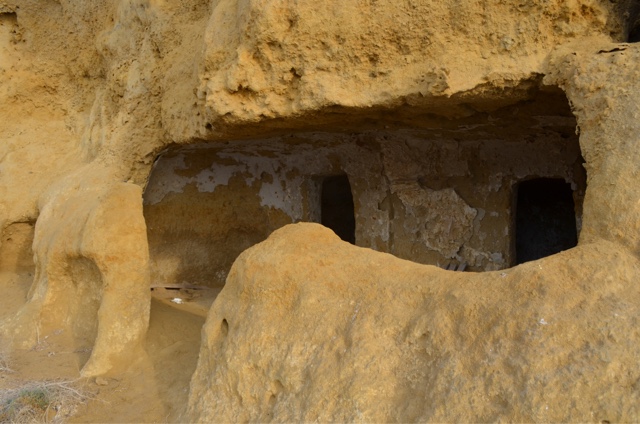 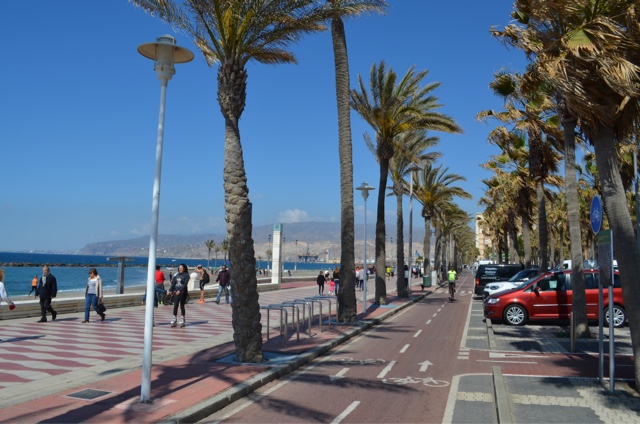 We had a ride up and down then got talking to a Dutch couple who had visited the Moorish Castle so that defined the itinerary for tomorrow.
In the morning we got up to find a market next door so the castle went on hold for an hour or two. 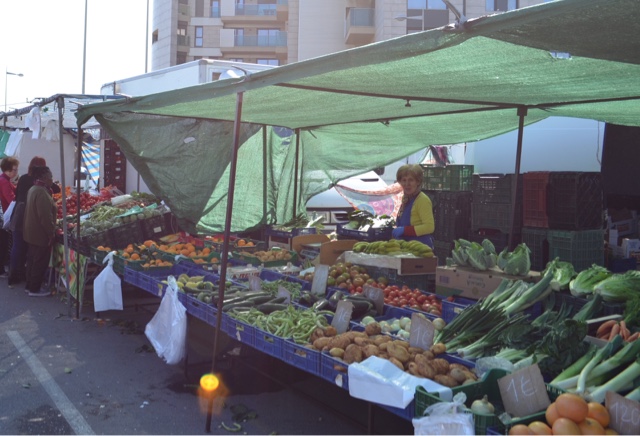 Everywhere we go in Spain there are lots of unfinished buildings like this one at the side of the market. 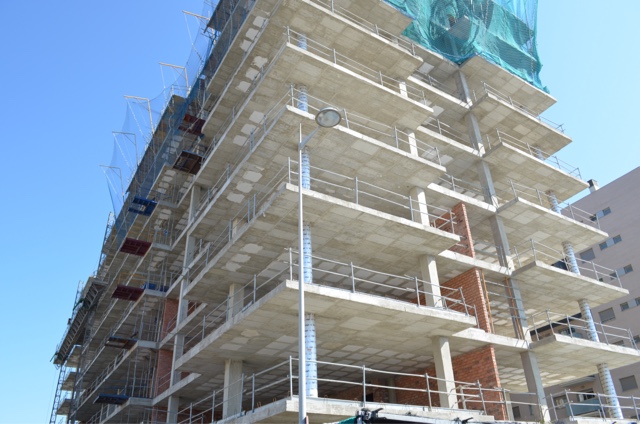 I presume they are a hangover from their property boom, if they ever turn the corner with their economy they should be off to a racing start.
After lunch we cycled up to the Castle La Alcazaba the approach is through the old town 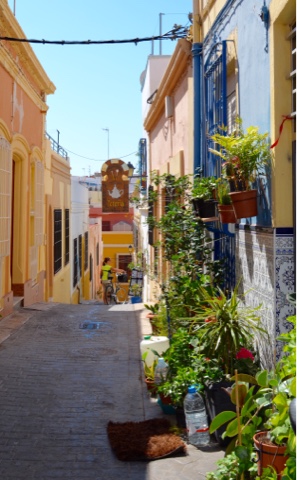 With its tiny alleyways and small squares.  The castle itself towers over this area and is a steep but picturesque climb. 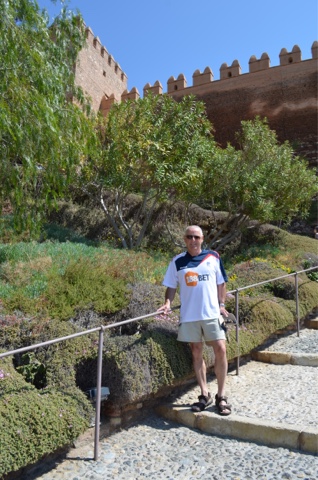 Almeria itself has been an important anchorage at the Mediterranean gateway since Roman times but the Islamic splendour of the castle dates Bach to 1147 with later more western influenced additions.
There is an endless array of tiered gardens and fountains 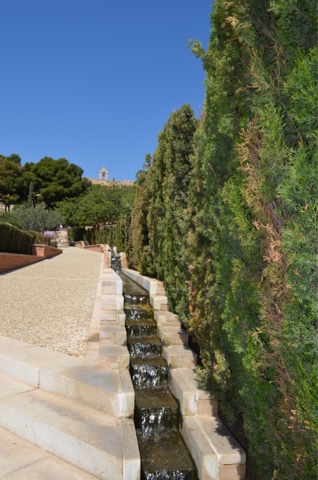 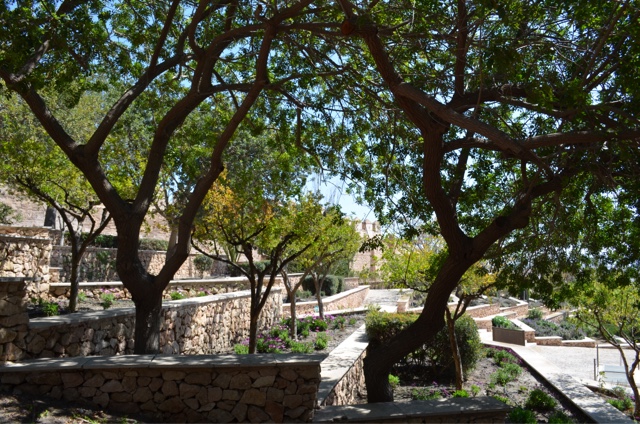 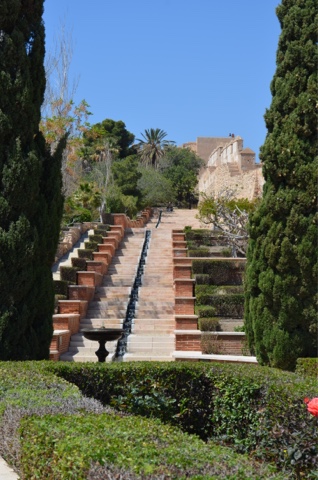 All fed from ancient cisterns at the top of the hill 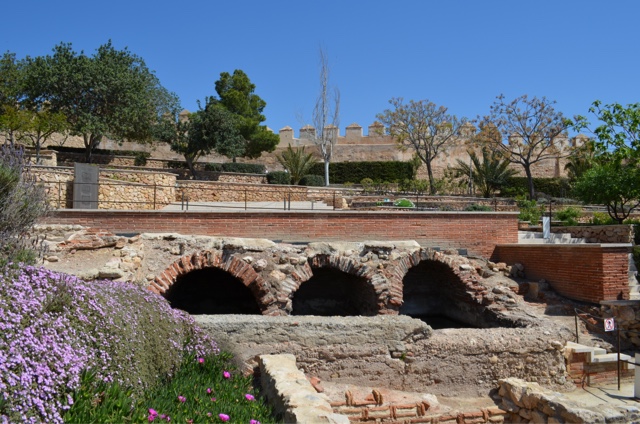 And secured behind massive walls 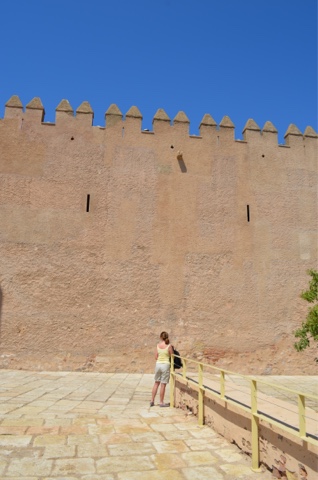 Giving fabulous views from the top 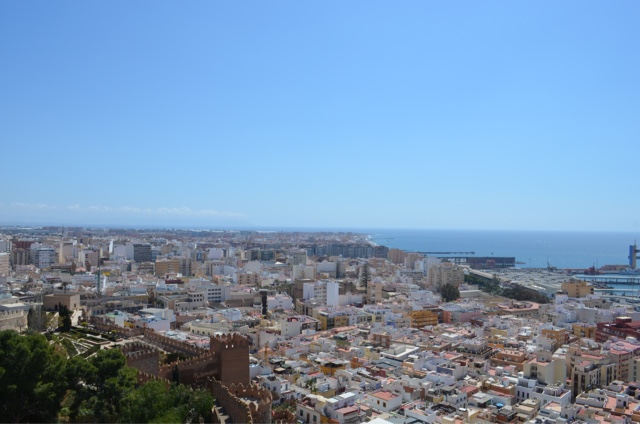 The later 1489 Christian castle has a more austere look and feel with no running water and lots of parade ground. 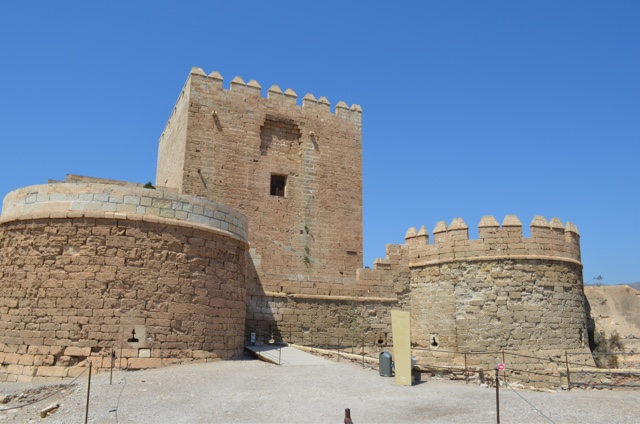 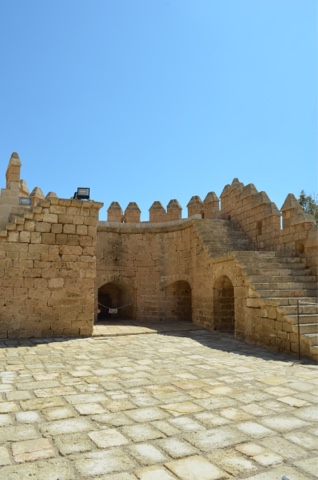 All in all a great place to visit.