Dragging and I do mean dragging ourselves away from Le Relais we headed for Ouarzazate via the Tizi n Ticha pass that has only just re opened due to landslides.  We met a German couple with a hire car who ended up being stuck up there overnight between landslides two days ago. 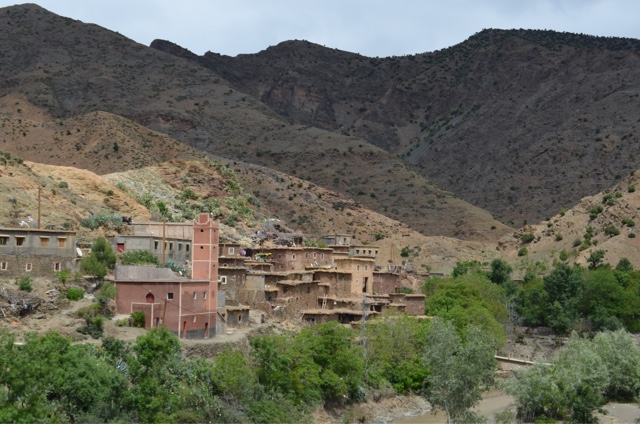 Women are always collecting grass to store for the animals in the winter, they don't like to be photographed 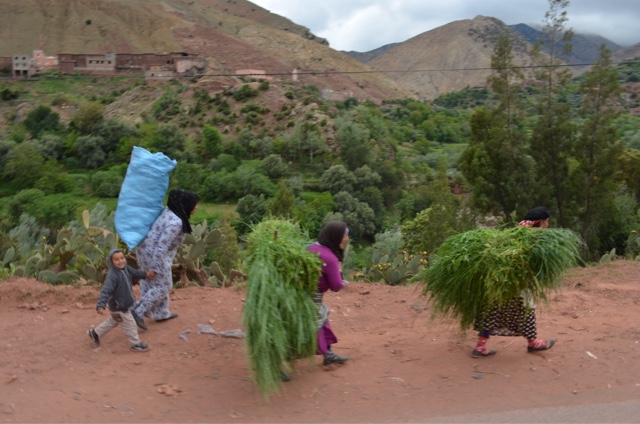 We soon came across some of the clear up operation 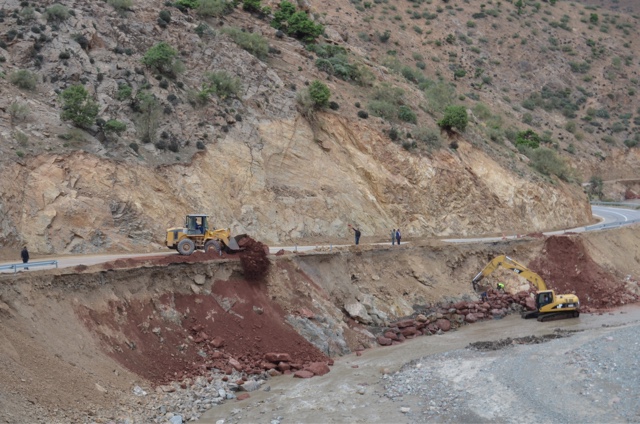 And evidence of the roads deterioration. 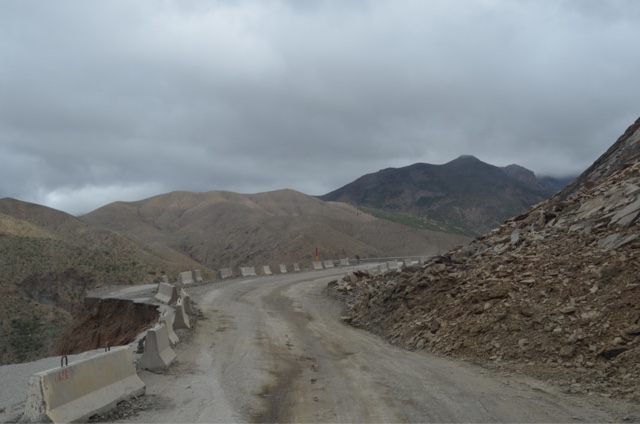 That's a proper cliff where it's fallen away on the left.
As evidenced from the view looking back. 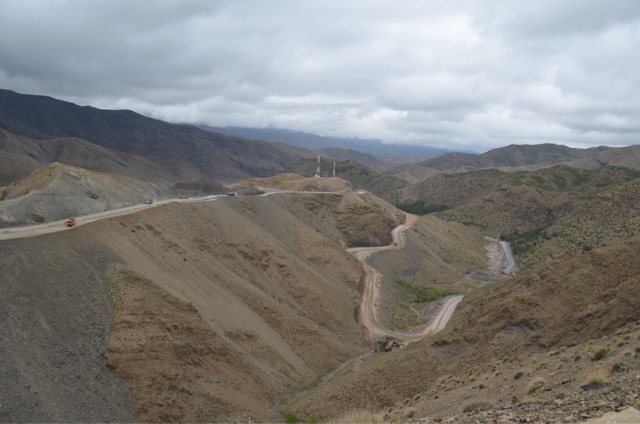 Once over the top the scenery takes on more of a look and feel of "Bonanza" or "The Virginian" yes you do need to be a certain age to remember them. 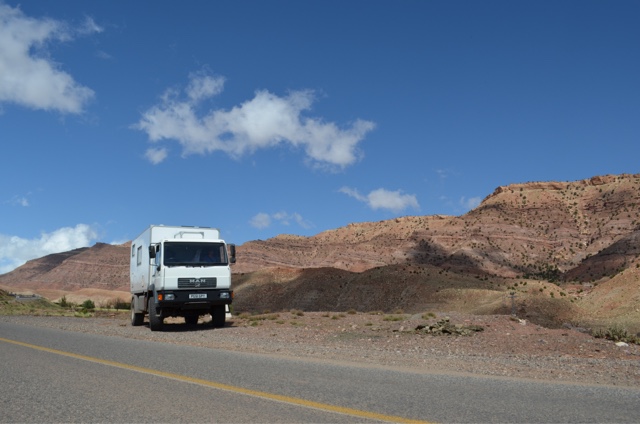 Very Wild West. Can't beat a bit of Lorne Green, James Drury and Doug McClure.
We were driving into Ouarzazate when we came across another police road block "you meet 4 or 5 a day in Morocco" a policeman in a pristine white uniform flagged me down.  He was jovial enough at first commenting on our "sexy car" and I clocked that their speed camera was pointing in the opposite direction to our travel.  He asked where we were from and then told us we were speeding and it would be 500MAD cash.  We both said no we weren't speeding and each time he said speeding Lynn said no.  We kept saying no and dropping rubbish into the conversation, bags of sugar, Jack Reegan etc.  He eventually gave up in frustration and waved me through.  What a shame that men like this can tarnish the reputation of what we have so far found to be an exemplary police force.  I drove off singing the theme tune to the "Sweeney", one nil to the English 😀😀
We settled in for a good night on the camping in town where we met only our second English camper van with Kerry and Tim who enlightened us about their wide ranging trip over Europe so far lasting more than a year.
Ouarzazate proved to be a busy little town, we cycled in the morning 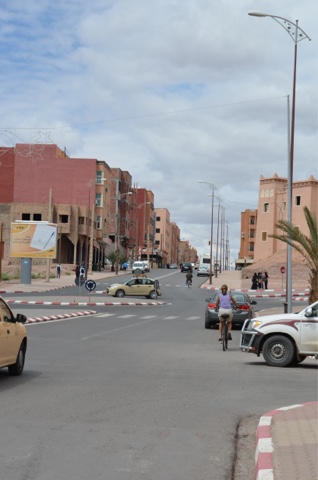 Braving the Moroccan traffic to buy some provisions and a tagine. 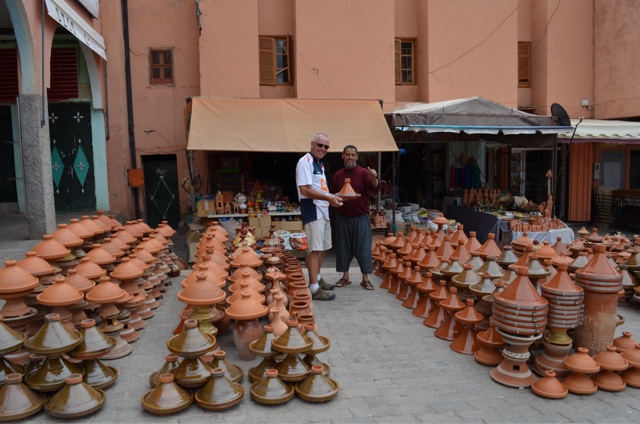 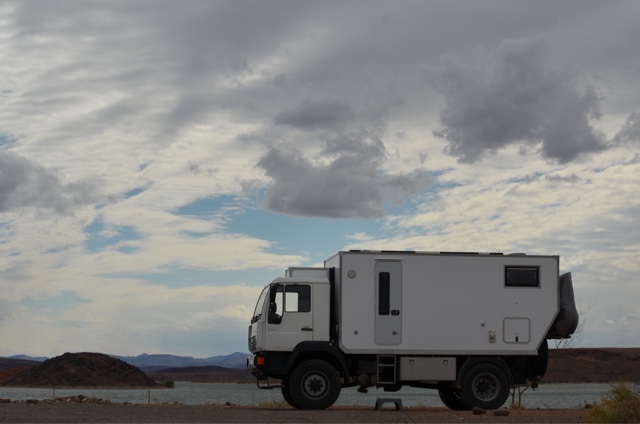 It started to rain late on so we decided to press on to the Dades Gorge.